Writing about Amsterdam may be the hardest post to write. We loved it so much there, I don’t even know where to start. We spent a week in Amsterdam and it almost wasn’t long enough. It’s an incredibly romantic city with so much to see and do. It’s so clean with parks, bikes, and walking streets – getting lost is crucial to your time in Amsterdam. Towards the end of our time there, we daydreamed about moving there.

We were excited to go to Amsterdam for a number of reasons, some I won’t say here 😉 The beautiful canals, the people, the things to do, the parks, the food… it’s a little city that has it all.

Walking around was easy, as everything is pretty close together, and using the transit system was even easier. We spent half of our time in a hotel and half of our time in an apartment share we found on MyTwinPlace. This is a website where you can list your place and swap with other travellers for no cost (just a small insurance fee). We were lucky to get a beautiful apartment near the canal for three nights, all to ourselves! 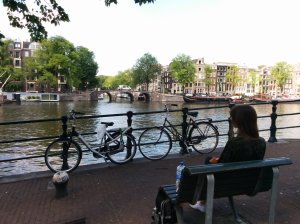 Like Paris, we spent most of our time eating and having picnics. We loved waking up and getting breakfast at a grocery store to eat next to a canal. Eating in Europe is so cheap (and delicious) if you’re getting yogurt, fruits, and sandwich and salad stuff for small meals. This is one way we save a ton of money on our travels.

On the weekend, we went to a music festival called Electronic Family. It’s an all trance music festival during the day just outside of the downtown area in a huge park. The festival was really well done and we enjoyed seeing some of our favorite DJs. It had been almost a year since we experienced anything on a large scale, so we were happy campers. 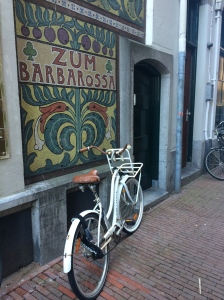 We met up with my old friend Tim and his girlfriend and got to check out the Red Light district. The Red Light district is pretty cool to see, however also pretty packed with tourists. I didn’t like hearing people making fun of the working girls, so that was a downer on the experience. I’m not sure why people would go to the Red Light District just complain. We had nothing to complain about – many of the girls were bombshells and it’s cool to see the industry.

All in all, Amsterdam was an absolute highlight, and such a refreshing change of culture, atmosphere and ambience. For us, it would be our favourite city in Europe. Eventually, I would even find out that Amsterdam is where Luke had my engagement ring hand-made and designed, so we can carry our time in the city with us forever. 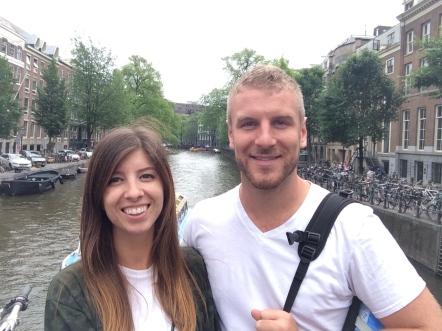 3 thoughts on “What’s not to love about Amsterdam?”